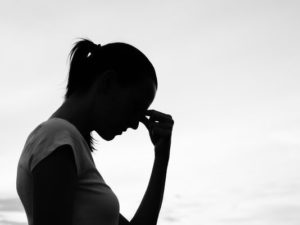 Here in Lancaster County, Pennsylvania, our local paper regular publishes the Coroner’s Report. Last week, I spotted the November report and read it. Sixty-four deaths investigated.  Many listed as “natural.” Others listed as “accidental.” Six were listed as “suicide.” Some of those were young. The reality is that any time a human being chooses the darkness of self-inflicted death as a “solution” to an even darker life. . . well, it is heartbreaking.

Later that day, I was informed that a childhood classmate and friend of my son’s took his life. His funeral was on Friday.

Life is difficult to navigate. For those of us who are followers of Christ, we are not at all immune from the difficulty and the darkness. However, we do believe that the Gospel is a message of hope and healing. In early March, we will be holding a one-day CPYU training seminar for youth workers and parents on Hope and Healing for Broken Kids. Long-time intervention specialists and experts on these matters. . . Marv Penner and Rich Van Pelt. . . will be equipping attendees to recognize hurt and intervene with Gospel-hope.

Over the course of the last couple of weeks, I’ve posted a few blogs offering insight into some of the signs of teen suicide. I encourage you to read them, print them out, and pass them on to others.

Today, I want to offer one last installment in the series . . .

Situational cries
Researchers and counseling professionals have noted that there are numerous unpleasant life changes that affect teenagers more deeply than any other group of people because of the difficult developmental stage at which teens find themselves. These events might precipitate feelings of failure, loneliness, depression, and suicide. Life becomes even more difficult if more than one of these circumstances are experienced at the same time.

A teenager might commit suicide after losing friends and social status following a family move from one community to another. Other situations include a romantic breakup, death of a friend or loved one, unplanned pregnancy, getting cyber-bullied, divorce, or academic failure. Parents should be especially sensitive to the emotional needs of their teenagers during these times of personal crisis. Sometimes we falsely assume that they will be able to adapt to change as well as we can. Don’t forget that we are adults, and they are still children.

Verbal cries
Parents who listen to their children might be alerted to suicidal intent by the words they hear from their children. A child who says things like “I won’t be a problem for you much longer,” “Nothing really matters anymore,” “It’s no use,” “I won’t see you again,” or “I’d be better off dead” may have already decided their fate.

Some people have speculated that people who talk about suicide won’t ever commit suicide. Don’t believe it. It’s only a myth. Most suicidal acts are preceded by some warning or cry. All of those cries and warnings should be taken seriously.

When Derek Redmond fell to the track in pain during a race in the 1992 Summer Olympics, an amazing thing happened. As he stood up and began to hobble around the track in an effort to finish the race, his father came out of the stands, rushed past security guards, came to his son’s side, and embraced him. With his son’s head buried in his shoulder and the crowd cheering, Jim Redmond led his son around the track and to the finish line. It was learned later that when Jim Redmond came to his son’s side, he told him, “We’re going to finish this together.”

When our children and teens cry out in pain during the difficult years of adolescence, we must listen, drop everything, rush to their sides, help them up, support them, and tell them that we will work with them to get them through the difficult race that lies ahead. . . together.