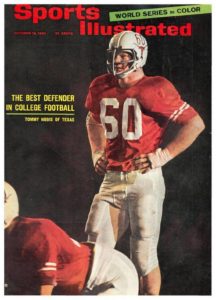 It’s got a bigger grip on me that it should. I know that. It’s not that it’s a bad thing. It’s just that I put way too much thought and worry into following my favorite pro sports teams. When I say that I’ve “lived and died” with my Philly teams that’s not totally true. . . unless I have a thousand lives to cash in. But I’ve at times allowed my sports allegiances to dominate my thoughts and become a temporary ultimate thing, which isn’t a good thing, I know. Perhaps we all teeter on the sports thing. . . back and forth. . . between enjoyment and idolatry.

Super Bowl weekend is prompting me to engage in some introspection on keeping balance. And, a news story released this week is exposing a bit of the internal wrestling match I’ve got with this stuff. The story has me asking this question of myself: “Do I love football so much that I wouldn’t be able to let it go if it suddenly disappeared. . . and it had to disappear due to health risks and concerns?”

Now I don’t think football is going to disappear anytime soon. But the flow of research coming from places like The Concussion Legacy Foundation on traumatic brain injuries and Chronic Traumatic Encephalopathy (CTE) should have us all thinking about the game and the safety of those who play it. . . both young and old alike.

This week’s story focused on Atlanta Falcon’s linebacker Tommy Nobis who is still known as “Mr. Falcon.” You should read it. Nobis, who died in 2017, had the most severe form of CTE, which resulted in all types of physical, emotional, and relational issues during his life. The story is sobering. 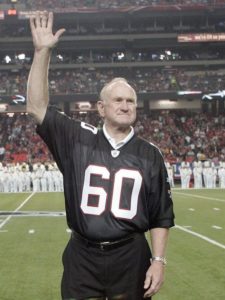 Because we are image-bearers called to steward ourselves and our children, I wonder if we need to rethink the ways in which we allow kids to engage in all kinds of sports that put their brains and their long-term health at risk? And, I wonder if our allegiance to sports and the satisfaction we get from playing and/or watching our kids play needs to be re-thought. If those allegiances outweigh our willingness to step away for the sake of our kids’ health, then we really do have a problem.

Take a minute and listen to what we said about this on today’s episode of “Youth Culture Matters” . . .