Perhaps that’s the biggest news coming out of the pre-Super-Bowl-ad-mania-and-expectations that have existed for many years and have now become bigger than the game itself. And the fact that the commercials are such a big deal is good reason for youth workers and parents to seize the teachable moment to train kids to filter all of the 4,000 to 10,000 marketing messages they see each day – including the Heinz and all other Super Bowl ads –  through a biblical world and life view. In other words, why not take the opportunity to move kids from a posture of mindless consumption to one of mindful critique? You see, the greatest power of marketing is not so much to sell product, but to sell a way of looking at and living life to impressionable and vulnerable kids who are seeking to answer questions like Who am I?  and What do I believe? Yes, marketing has power. Unbelievable power.

To make this easy for you, let me suggest two helpful resources. . .

First, we’ve once again put together a free, downloadable handout that you can use during Sunday’s Super Bowl commercials to teach your kids how to think critically and Christianly about the ads they see by running them through what we call “The Simple 7 Ad Filtering Questions.” Here’s a link to the download that youth workers have used and found so helpful over the past few years. Give it a look. . . . and please use it! It’s there for you. 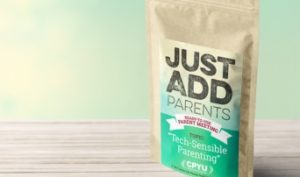 Second, we’ve released a resource that youth workers can use with parents to equip parents to understand the power of advertising, the methods marketers use to reach and influence kids, and some of the response strategies parents can use to nurture their kids into engaging with advertising in ways that glorify God. Our ready-to-use plug-and-play Just Add Parents parent meeting on Raising Marketing-Savvy Kids serves to help parents parent so much more effectively in today’s ad-saturated world. You can learn more about this Just Add Parents: Raising Marketing-Savvy Kids parent meeting resource here.