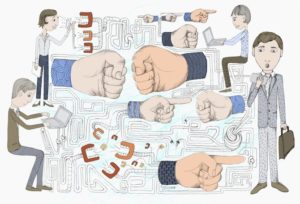 And so our differences this week are blazing all over social media. The fire of theological differences has been burning  on social media for quite some time. Events of the last few days and how folks are responding. . . on multiple fronts and sides. . . has thrown fuel on the fire. It’s flaring up in big ways on social media. I’ve seen a few compassionate and well-reasoned responses. But most (not all) of what I’m seeing is deeply troubling in tone (less than civil) and indicative of insufficient, twisted, and skewed understandings of the Gospel, Scripture, and hermeneutics. . . and that’s on both sides as well.

My great individual responsibility as I understand it right now is to quietly and prayerfully process it all in ways that I trust reflect that my beliefs and behaviors are good, true, right, and honorable. . . bringing glory to God rather than to me, any other human being, or group. Emotions are running high. I’m truly concerned that if I were to process out loud online I might say the wrong thing, say something in the wrong way, or even have the right thing said in the right way interpreted as wrong on both counts. Truth be told, my bent is to blurt.  Knowing that to be the case, discipline needs to be exercised. When I’ve conversed and processed out loud, it’s been in intimate private settings with family and friends.

Perhaps something helpful is what I read recently and have already shared on a couple of occasions from Alan Jacob’s great piece, “I’m Thinking It Over.” Jacobs writes, “The internet is also a mugger, but what it demands is not my money but my attention and my reaction, and it wants them right now. And ‘I’m thinking it over’ isn’t an acceptable response.”

I know this to be true because on several occasions I’ve had people publicly (on social media) and privately (instant messages) criticize me for saying nothing. Reality is, my silence could be rooted in a desire to know more (rather than relying on the reliability of news outlets), a desire to ponder things with some good sense (I hope), a desire to keep from spewing ignorance (there’s already far too much of that out there), or not really having anything to say that adds to the conversation. After all, each of us has a limited amount of time in our days. I don’t need to fill or waste your time with social media posts that only make noise and throw fuel on the fire. . . especially when I have absolutely no idea what I’m talking about.