The advent of social media and video-sharing platforms have given kids a new playground on which to engage in risky and impulsive behaviors. Because of where they’re at in the developmental process, kids are prone to act in the now with little or no regard to the possibility of dangerous immediate or long-term consequences. For this reason, and others, you need to be aware of a dangerous new social media trend known as “The TikTok Skull-Breaker Challenge” that’s going viral through today’s youth culture. 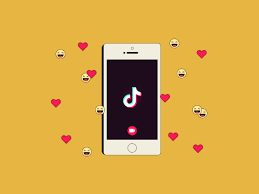 TikTok is a social media network popular among teens that is used for sharing home-made video clips ranging in length from three to 60 seconds. The videos can be music videos, dance videos, lip-syncs, comedies, stunts, and more. Users who view the videos can record and share their responses to any given video, making the platform highly interactive, which holds great value for kids. The social capitol kids value on TikTok are the views, likes, responses, follows, comments, and shares their videos accumulate. TikTok is also used to create challenges, where users post the video evidence of taking the challenge, in hopes of accumulating high numbers of views, along with the other types of responses.

The Skull-Breaker Challenge (aka Tripping Jump Challenge) took off at the beginning of 2020, and it has gone viral at the expense of unsuspecting victims. In the challenge, three people stand side-by-side. The video shows the three jumping up in unison. The two people on either side of the unsuspecting person in the middle are in on the ruse and are playing a trick on the unsuspecting third person. The next time they go to jump, the two outsiders hold their ground while the middle person jumps alone. It’s at that point – very quickly mid-jump – that the two outsiders simultaneously use one of their legs to kick both legs of the mark out from underneath him (or her), making them fall horizontal to the ground, typically hitting head, neck, or shoulders first on the ground. The falls are fast, violent, and hard-hitting.

Not surprisingly, unsuspecting victims are frequently injured by the fall. Injuries can range from minimal to severe, including head injuries, broken skulls, concussions, brain bleeds, neck injuries, and more. Healthcare professionals are sounding warnings about the potential for these injuries, along with broken backs, broken wrists/arms, and long-term brain damage. The potential for paralysis and even death is very real. School and law enforcement officials are intervening in many cases where charges have been filed due to injuries.

We recommend that you warn your kids about engaging in these types of risky online challenges by first considering the possibility of the long-term health and legal risks/consequences to themselves and others. Teach them to wisely choose the path of personal safety over and above the desire to gain followers at the expense of others. Ultimately, God’s will is that we perform to bring glory to the “Audience of One,” while finding our identity not in our online popularity, but in who we are in Jesus Christ. Lead them into a lifestyle of treating others with Christlike compassion.