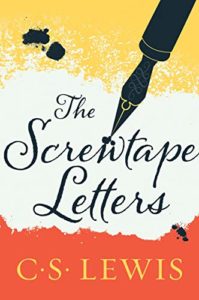 He’s almost 60 years removed from life on this earth, but C.S. Lewis still speaks with a relevance that can’t be ignored. One of his most insightful books is The Screwtape Letters, which is a kind of instructional guide on how to derail Christ’s followers, written by a senior devil and sent to a junior devil. If you’re a serious and growing follower of Christ you can’t help but pause while reading. . . over and over. . . as you find yourself being mentioned. . . not by name, but by how you live.

This morning, I read the excerpt that follows and had to pause. What Lewis was writing to way back then is also what he was writing to today. As I think about the church, families, individuals, kids, and myself, there’s something here for all of us as we live in these hostile political times. . .

“Whichever he adopts, your main task will be the same. Let him begin by treating the Patriotism or the Pacifism as a part of his religion. Then let him, under the influence of partisan spirit, come to regard it as the most important part. Then quietly and gradually nurse him on to the stage at which the religion becomes merely part of the ‘cause’, in which Christianity is valued chiefly because of the excellent arguments it can produce in favour of the British war-effort or of Pacifism. The attitude which you want to guard against is that in which temporal affairs are treated primarily as material for obedience. Once you have made the World an end, and faith a means, you have almost won your man, and it makes very little difference what kind of worldly end he is pursuing. Provided that meetings, pamphlets, policies, movements, causes, and crusades, matter more to him than prayers and sacraments and charity, he is ours – and the more ‘religious’ (on those terms) the more securely ours. I could show you a pretty cageful down here.”