Parents, what kind of kid do you hope to raise? Youth workers, what life trajectory is your ministry directing students toward?

So, what are the options? 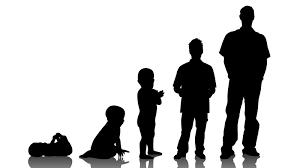 Lewis says the first kind of human beings are those who live simply for their own sake and pleasure. They regard other human beings and nature as raw material to be cut up and used. . . yes used. . . into whatever shape may advance my own interests, desires, feelings, and inclinations. This is the kind of person our current cultural narrative encourages us to be. It’s a culture that sees no validity in following any outside authority. Rather, it is the culture of expressive individualism, with the highest goal being authenticity and being true to one’s self. Sound familiar? It should. It’s what we see and hear in the cultural soup 24/7. It’s also what got our first parents in trouble in the Garden of Eden. And if you are in any way familiar with the Biblical narrative, this first kind of person is committed to idolatry. Is that the kind of person you want your kids to be?

The second kind of human beings are those who choose to live a divided life. On the one hand, they acknowledge that there are outside claims upon them. Lewis says this could include the will of God (as far as they know it) or some kind of commitment to the common good of others in society. But they are also committed to self and the advancement of self. . . as far as they can work within those other commitments. Lewis says it’s like people who pay the obligatory and required tax, but then hope that whatever is left over can be used as they see fit. They live a divided life. . . one that Lewis says is part “on parade” and the other part “off parade.” There is no consistency or integrity.

And then there’s the third kind of human being. . . those who say like the Apostle Paul that for them, to live is Christ. Listen to Lewis’s words: “These people have got rid of the tiresome business of adjusting the rival claims of Self and God by the simple expedient of rejecting the claim of Self altogether. The old egoistic will has been turned around, reconditioned, and made into a new thing. The will of Christ no longer limits theirs; it is theirs. All their their time, in belonging to Him, belongs also to them, for they are His.”

So, which option are your modeling and teaching to the kids you know and love. We’re either all in. . . or not in at all. Take some time today to engage in a self-audit. . . of your personal commitments (Which of these three are you?) and your ministry efforts.

Lewis tells us that sooner or later, we’re all going to see clearly the value and necessity of the third way. . . whether that was taught to us and embraced by us or not. He writes, “The world is so built that, to help us desert our own satisfactions, they desert us. War and trouble and finally old age take from us one by one all those things that the natural Self hope for at its setting out. Begging is our only wisdom, and want in the end makes it easier for us to be beggars. Even on those terms the Mercy will receive us.”

I want to lead kids to that third way. . . rather than having them discover something later in life that had never seen or heard about.

Something for us all to think about today. . . and every day.