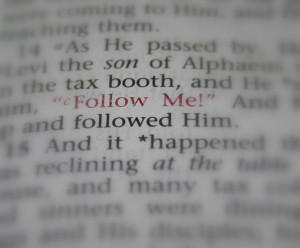 The frustration level is growing. It’s prompted by one of the many things so many mature Christians are seeing as marks of the up and coming young adult folks who confess to being followers of Jesus Christ. It’s seen anecdotally. Research confirms it. Parents, pastors, and youth workers lament its presence in the lives of young adults. Yes, it’s been there in many ways, shapes, forms, and manifestations within every generation of God-fearing/following people since humankind’s rebellion in Genesis 3:6. But it’s nuanced in some interesting ways in today’s world. We need to see it, reckon with it, and address it in urgent and grace-filled ways.

I struggle to find words to adequately describe it. But I continue to try. It seems to be a combination of misunderstanding what it means to live out what Jesus tells his disciples in John 16:24 – “If anyone would come after me, he must deny himself and take up his cross and follow me.” . . . and a cavalier “I’ll embrace faith on my terms, thank you!” attitude that leads to a life that’s dis-integrated and incredibly conflicted. The former is indicative of a lack of compelling example and clear instruction from those of us who inhabit older generations and are thus entrusted with the task of contextualized spiritual nurture. The latter is evidence of how young people have eagerly embraced a postmodern worldview and a lifestyle of narcissism. Together, it’s a dangerous mix. . . and perhaps even deadly.

Like the young people I meet who confess faith in Christ and then eagerly shack up while seeing no connect between confessed belief and lived-out behavior. No longer the exception, it’s becoming the norm. . . which is even more frightening as that feeds these notions and trends.

Last week, a friend was lamenting this reality and said this: “We need to get our kids to read John 3:16 in the Amplified Bible to understand what it means to believe in and follow Jesus.” He then quoted what he himself had memorized as a way to humbly remind himself of who he’s been called to be: “For God so greatly loved and dearly prized the world that He [even] gave up His only begotten ([a]unique) Son, so that whoever believes in (trusts in, clings to, relies on) Him shall not perish (come to destruction, be lost) but have eternal (everlasting) life.” Trusts in. . . clings to. . . relies on. . . challenging words. 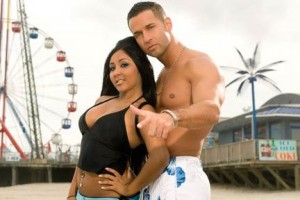 This week I’ve been finishing up my re-read of Nancy Pearcey’s Saving Leonardo: A Call to Resist the Secular Assault on Mind, Morals, & Meaning in preparation to teach for the next two weeks in our Doctor of Ministry track in Ministry to Emerging Generations at Gordon-Conwell Seminary. The book’s subtitle captures what has happened in our culture and what needs to happen. As one example, I can’t tell you how many Christian young adults and teenagers I’ve talked to who say they love Jesus, and then say they love MTV’s Jersey Shore. Instead of recklessly relying on the One who created and defines reality, they thoughtlessly and even unknowingly embrace the “reality” of a television show promoting values, attitudes, and behaviors that should make us grieve. Snooki and The Situation define reality, and then show them how to live in that twisted “reality.”

Some words I read in Pearcey’s book last night are worth passing on and pondering. . .

“Beliefs have always shaped history. . . . The (Nazi) gas chambers disproved once for all any misguided notion that ideas are neutral. Today ideologies determine how the state governs, how the economy is managed, how the news is framed in the media, and how the education system shapes the next generation. Wrestling with worldview questions is no mere intellectual exercise. It should always be done with an overwhelming sense that we are dealing with questions of life-and-death-importance. . . For young people, learning the skills of worldview awareness can literally mean the difference between spiritual life or death. Ideas exert enormous power when set to music in a YouTube video or translated into glowing images on the theater screen. . . . When you go to the theater, do you simply let the story wash over you? Or do you have the skills to analyze what a film is saying? . . . T.S. Eliot once noted that the serious books we read do not influence us nearly as much as the books we read for fun (or the movies we watch for entertainment). Why? Because when we are relaxing, our guard is down and we engage in the ‘suspension of disbelief’ that allows us to enter imaginatively into the story. As a result, the assumptions of the author or screenwriter may go unnoticed and seep all the more deeply in our consciousness. When we ‘suspend disbelief,’ we must take care not to suspend our ‘critical faculties.'”

May God in His mercy and grace equip us to faithfully follow Jesus and nothing/nobody else, so that we might equip those who come after us to do the same.